Porsche’s 993 was the last 911 to retain the air-cooled Flat 6 engine that had been a fixture in its rear-engined model since 1964. Introduced during late 1993 as global economies were beginning to emerge from a particularly severe recession, the 993’s fresh new look, outstanding performance and improved handling underpinned Porsche’s revival after the firm had been in a sorry financial state earlier in the decade.

Hoping their new model would attract a record number of executive buyers from the likes of Mercedes-Benz, Jaguar and BMW, Porsche paid particular attention to ride quality and refinement without compromising the original 911 ethos of performance, practicality and great design.

A replacement for the outgoing 964, the 993 was built in a variety of formats. Coupe, Cabriolet and Targa body styles were available with two or four-wheel drive and either a manual or semi-automatic Tiptronic gearbox.

Produced between late 1993 and mid 1998, the 993 sold in massive numbers and marked a turnaround in Porsche’s fortunes. The firm has gone from strength to strength ever since.

Initially offered alongside the 968 and later the Boxster, the 993 used a revised unitary bodyshell with increased side impact protection. The updated chassis was reportedly 20% stiffer than that of the 964.

Ride quality and handling were much improved thanks to a multi-link rear suspension arrangement that replaced the semi-trailing arms of previous 911s. The new system was ultimately derived from Porsche’s Weissach axle introduced on the 928 back in the late 1970s. It played an important role in reducing the lift-off oversteer that had long been a 911 trait.

Front suspension was via an improved version of the existing MacPherson strut arrangement; for this latest application nearly every component was redesigned to save weight. Monroe dampers, ventilated disc brakes and 16-inch Cup Design 93 wheels were fitted all round. The light alloy wheels measured 7-inches wide at the front, 9-inches wide at the rear and were originally shod with Continental tyres.

Like the 964, displacement of the air-cooled, all-alloy Flat 6 engine was 3600cc thanks to an unchanged bore and stroke of 100mm and 76.4mm respectively. A single overhead camshaft was fitted for each bank of cylinders and compression stayed at 11.3:1. New lightweight pistons and connecting rods were fitted along with strengthened crankshafts and hydraulic valve adjustment. The cooling fans, oil pumps and chain housings were magnesium.

By contrast, the manual variant could hit 0-62mph in just 5.5 seconds and reach 168mph flat out.

Porsche quoted weight figures of 1370kg for both the Coupe and Cabriolet. At 1420kg, US specification examples were a little heavier as a result of their additional safety and emissions equipment.

Although the 911 had undergone some fairly major cosmetic surgery in its lifetime (most notably the arrival of impact-absorbing bumpers in 1974 and the 964’s curvaceous revamp of 1989) the 993 marked perhaps the most significant visual departure yet.

Despite unmistakably still resembling a 911, the 993 shared only a roof and front lid with its predecessors. The previously upright headlights were replaced with reclined items mounted on flattened front wings to give a more aerodynamic profile. The bumpers were updated front and back while more muscular fenders, a tapered tail and unique rear light clusters gave a new lease of life to the back end.

Arguably the most cohesive-looking 911 since 1973, the successful redesign was executed by Tony Hatter.

Inside, the familiar 911 dash layout remained with five instruments housed in a simple oval binnacle. Driver and passenger airbags were standard and although the seats looked almost identical to the outgoing 964, they had been subtly redesigned to provide greater thigh support. There was new door trim and an electronic heating system: proper air-conditioning was still a cost option.

Making its debut in Coupe form at the Frankfurt Motor Show in September 1993, production was underway by that December. Early 993s were initially built alongside 964 Cabriolets and Speedsters while Porsche applied the finishing touches to their new 993 Cabriolet.

Released to critical acclaim, the 993 was universally praised for its handling, build quality, refinement and its beautiful new bodywork. Customers could choose from a host of options including 17-inch Carrera Cup wheels, sports seats, fully electric and heated seats, an electric sunroof and air conditioning. A sports suspension pack came with shorter and stiffer springs and dampers plus thicker anti-roll bars.

A Cabriolet version was launched at the Geneva Motor Show in March 1994. It featured a good deal of structural reinforcement, most notably around the safety cell and windscreen. An optional wind deflector helped reduce turbulence and wind noise when the electric canvas hood was lowered.

In the first 12 months of production, 9447 1994 model year R-series Coupes were constructed along with 7196 Cabriolets.

Porsche’s annual improvement programme continued as normal. The first updates arrived with the 1995 model year S-series variants introduced in August 1994. The most notable development was a more powerful 3.8-litre Type M64/05S VarioRam engine that offered improved volumetric efficiency by using larger valves. Available via the options list, it boasted 285bhp at 6100rpm and 250lb-ft at 5250rpm. Displacement was 3746cc thanks to a 2mm bore increase (now 102mm). Stroke travel stayed at 76.4mm.

A surprise arrival for the 1996 model year was a 993 Targa. Unlike earlier 911 Targas which had a distinctive roll over bar and removable roof panel, this latest variant incorporated a large electric glass roof that slid back underneath the rear window.

In addition to its panoramic roof, the 993 Targa came with several other special features to include triangular three-quarter windows and two-piece five-spoke wheels. The Targa wheels also became an option on the Coupe and Cabriolet.

Another new model was also introduced for the 1996 model year. The Carrera 4S was a Carrera 4 kitted out with the Turbo’s more aggressive body shell minus its fixed rear spoiler. 18-inch alloys and Turbo-spec. suspension and brakes were included. Ride height was dropped by 15mm while air-conditioning and fully electric seats came as standard.

No major changes were made to 1997 model year V-series 993s aside from the addition of a two-wheel drive turbo-bodied variant; the Carrera S. 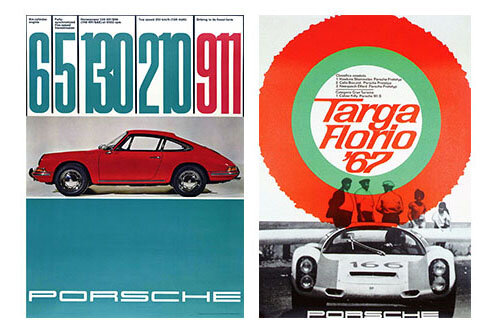 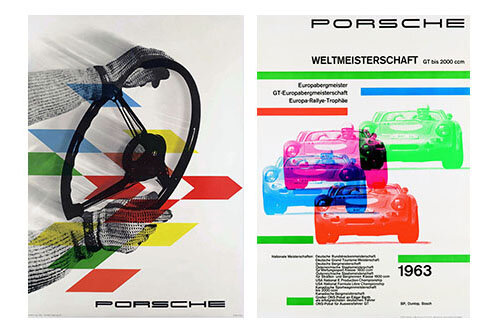 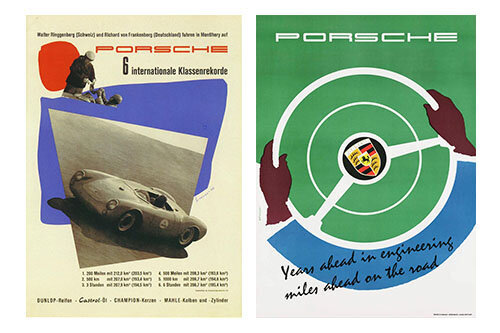 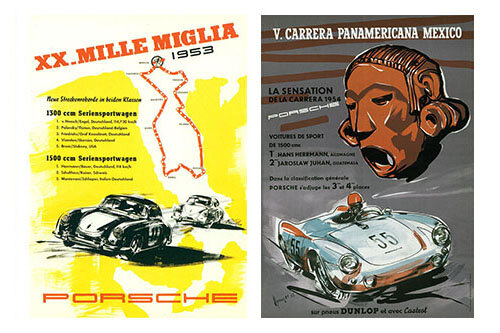 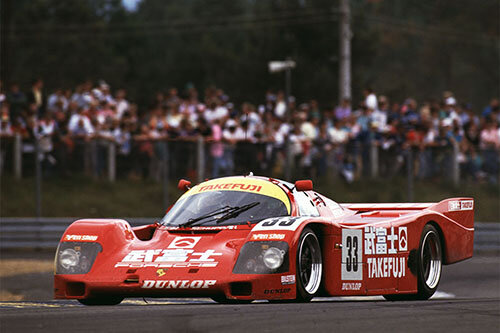 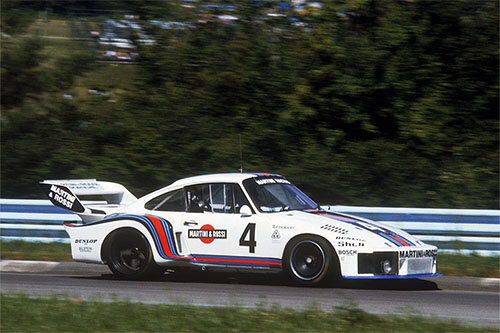 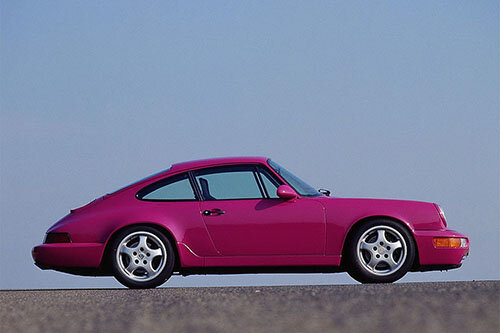 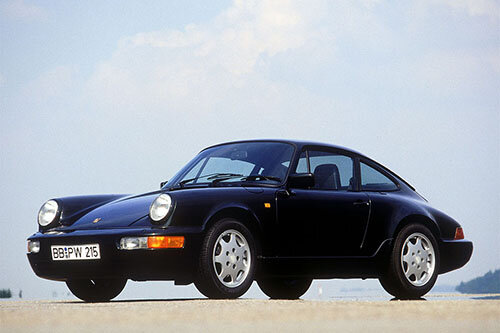 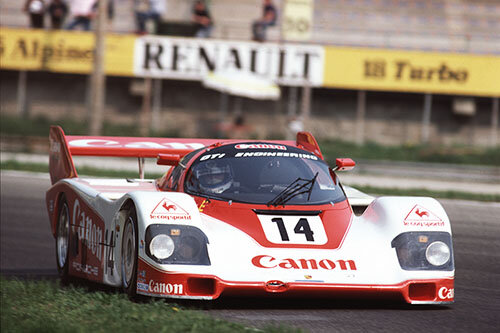 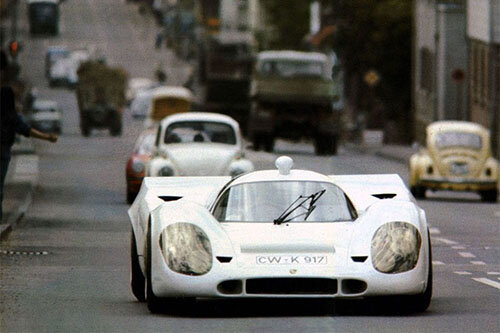 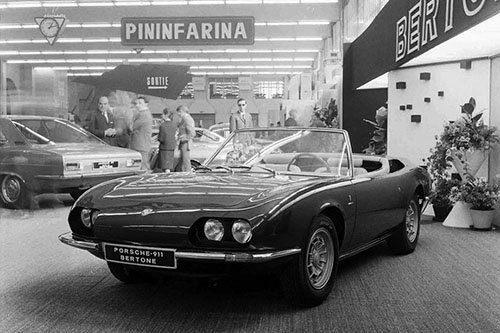 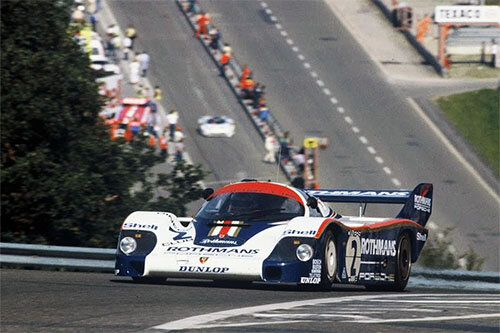