Born in Liverpool on February 25th 1943, George Harrison became best known as lead guitarist of The Beatles. As a youngster, Harrison not only practised the guitar but also collected photographs of racing cars and drivers. In 1955 he attended his first motor race, the British Grand Prix at Aintree.

Three years later George was invited by his friend, Paul McCartney, to audition for the Quarrymen, a band McCartney had formed one year earlier with John Lennon. Harrison was enlisted as the band’s lead guitarist. A period of relentless shows followed that included residencies in Hamburg and Liverpool.

By August 1960 the band had re-branded themselves as The Beatles and in January 1962 they appointed Brian Epstein as their manager. Three months later they signed to EMI’s Parlaphone label after ending their one-year Polydor contract early. In August 1962 Ringo Starr was appointed drummer and the line-up was complete.

The band’s first US television performance on The Ed Sullivan Show in February 1964 was watched by an estimated 73 million viewers. It was the largest audience ever recorded for an American TV programme.

After a successful 1964 world tour Harrison began to indulge his love of fine motor cars. Later that year he purchased a white Aston Martin DB5 and a grey Jaguar E-type Coupe. The Jaguar was custom fitted with a Philips Auto-Mignon in-dash record player.

Towards the end of 1965 another two cars were acquired: a green Ferrari 275 GTB and a metallic black Mini Cooper S customised by coachbuilder, Harold Radford. The Ferrari and Mini arrived soon after The Beatles had completed a US tour.

Their next album, Rubber Soul, was hailed by critics as a major step forward in the complexity of the band’s music. Harrison then met sitar maestro Ravi Shankar who agreed to train him on the instrument.

Increasingly innovative recordings followed and The Beatles seventh album, Revolver, released in August 1966 (a week before the band’s final tour) redefined what was expected from popular music.

Harrison wholeheartedly embraced Indian culture and in early 1967 his Radford Mini was repainted red with psychedelic images inspired by the book Tantra Art. Along with John Lennon’s similarly far out Rolls Royce Phantom V, the Mini went on to appear in The Beatles film Magical Mystery Tour which screened in December 1967.

Soon afterwards, Harrison gave the Mini to his good friend Eric Clapton, although he bought it back again in the 1970s.

That year Harrison purchased his first Mercedes-Benz, a short wheelbase 600. George wanted a Rolls-Royce but owing to the three-year waiting list he bought the Mercedes instead. John Lennon was so impressed with Harrison’s 600 that he ordered his own, a 600 Pullman limousine.

George also purchased a blue Ferrari 365 GTC in 1969 and composed The Beatles most frequently downloaded song, Here Comes the Sun, which appeared on the Abbey Road album.

The Beatles’ final four albums (The Beatles, Yellow Submarine, Abbey Road and Let It Be) were recorded between 1968 and 1970. However, differences between the band members came to a head and The Beatles split in mid 1970.

The 300 SEL met an ugly demise in February 1972 when George and his wife Pattie were involved in a car accident that almost claimed Pattie’s life. They had left the family home, Friar Park in Henley, and were en route to London when George crashed on a recently opened roundabout. Pattie had several broken ribs and was left concussed after her head hit the dash. She spent two weeks in hospital whereas George escaped with cuts and bruises.

After The Beatles broke up Harrison focused on his solo career. He had already released two mainly instrumental albums during his time with The Beatles.

During the 1970s George was a frequent attendee at Formula 1 races and struck up friendships with a number of drivers. His song Faster was a tribute to Jackie Stewart and Ronnie Peterson. Proceeds from its release went to the Gunnar Nilsson cancer charity that was established after the Swedish driver’s death from the disease in 1978.

The murder of John Lennon in December 1980 deeply affected Harrison and between 1982 and 1987 he made few public appearances. His only major motoring acquisitions during this time were a black AMG-equipped Mercedes 500 SEL purchased in 1984 and a 1986 AMG 560E which he acquired from Jeff Lynne of Electric Light Orchestra (ELO).

Harrison returned with a platinum-selling album Cloud Nine in late 1987. The record was co-produced with Jeff Lynne. In 1988 Harrison and Lynne along with Tom Petty, Bob Dylan and Roy Orbison formed The Traveling Wilburys. The group went on to record two multi-platinum selling albums.

Harrison’s interest in Formula 1 had led him to develop a friendship with legendary designer, Gordon Murray. In 1992 George took delivery of one of Murray’s first Light Car Company Rockets.

During the course of 1994 George had ordered another Gordon Murray-designed machine: a McLaren F1. The F1 was painted a unique colour combination of Dark Purple Pearl with satin black wheels. The bare chassis was littered with symbols of George’s Hindu faith as well as hand-written quotes and song lyrics applied in silver ink by Gordon Murray. George took delivery in early 1995.

On 30th December 1999 Harrison’s decades-long concern of stalkers proved well founded when he and his second wife, Olivia, were attacked by a paranoid schizophrenic at their Friar Park home. Harrison suffered a punctured lung and multiple stab wounds to the chest. Olivia Harrison incapacitated the assailant by striking him repeatedly with a fireplace poker and lamp.

Early in 2001 Harrison was treated for lung cancer. A few months later he received treatment for a brain tumour at a clinic in Switzerland.

George Harrison died on November 29th 2001 at a friend’s home in Los Angeles. He was 58 years old. 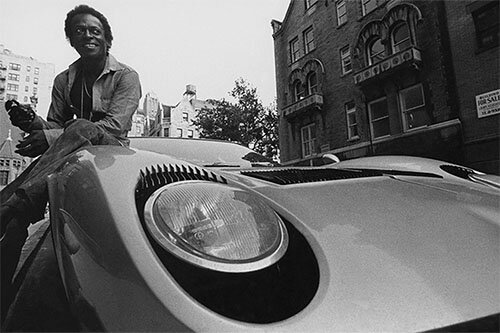 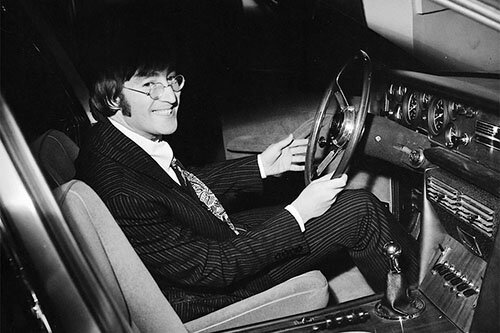 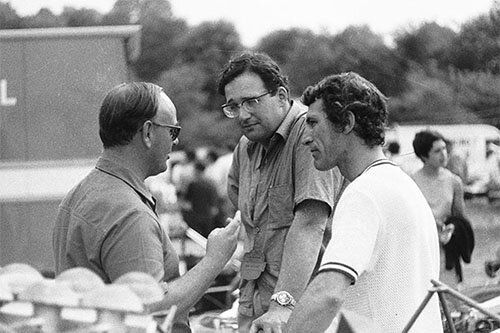 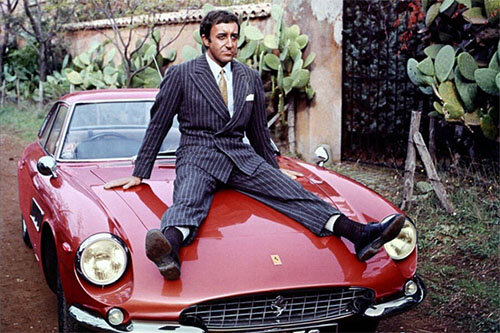 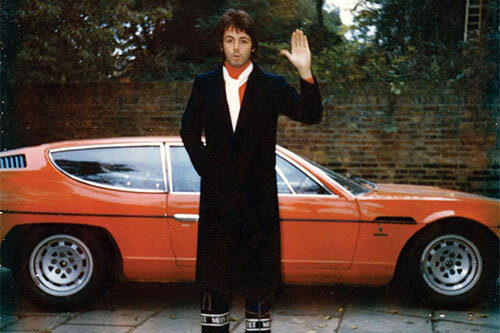 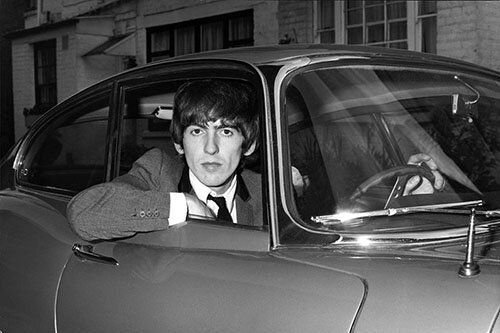 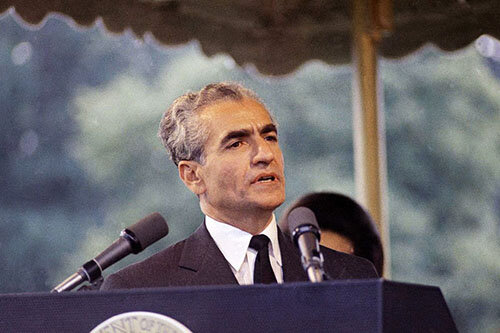 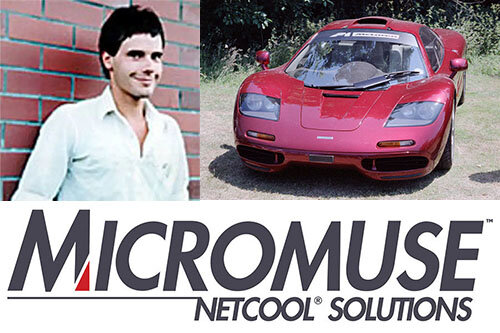 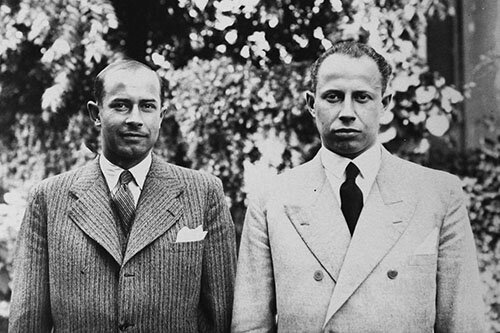 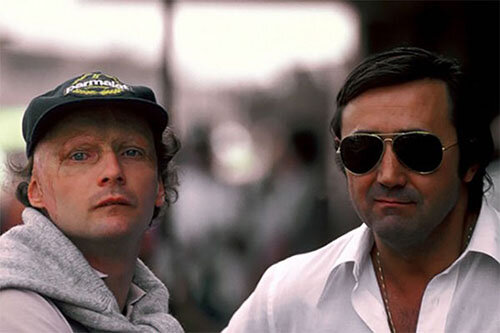 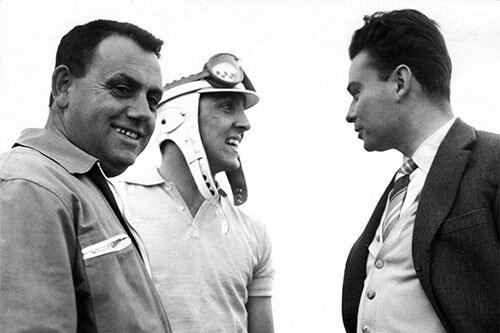 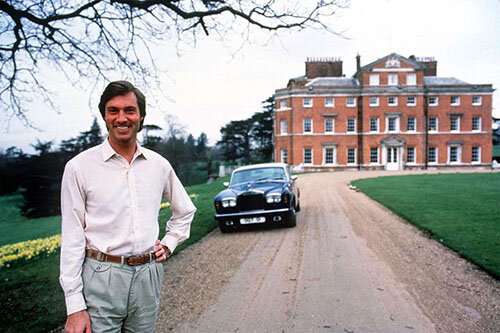